Shortly after the first Opium War and the restoration of trade with China, the British Empire is planning to develop its first tea plantations in India. But lacks the basics: good tea and technical knowledge of the manufacture of black tea and green tea.

In 1848, the East India Company entrusts the task to Robert Fortune ( 1812-1880 ), English botanist , to go collect plants and seeds of tea and drill the tea trade secrets in various regions of China . Mr Fortune had remarked in 1843 with the story of his first visit to China three years of trips to the northern provinces of China, where he describes his observations on the steps of making tea ( according to him it was the first Westerner to explain that green tea and black tea come from the same plant). 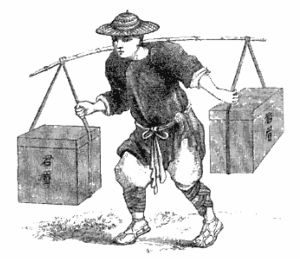 At that time , relations between China and the West are very conflicting . They have managed to impose on the country the presence of 5 counters to promote trade but Beijing forbids any Western travel inland.

Robert Fortune during his two trips account go unnoticed by dressing like a Chinese , with a long plait of hair , speaking Mandarin and leaving it to his guides to explain to people a little curious that he is a lord of a far distant country beyond the Great Wall.

In addition to its extraordinary audacity , Fortune describes in his stories the people of peasant China and major cities : innkeepers , beggar, coolies , porters, opium smokers , monks lives … The scenes are portrayed accurately and author does not fail to express his humor and moods of the moment! It feels the pleasure of travel , astonishment from abroad to attend the scenes of everyday life, joy botanist to discover new species. 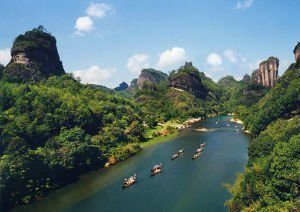 His adventures, his mission

Robert Fortune aims to break the tea trade secret in China, to bring back seeds and plants tea tree and hire laborers Chinese tea in India. The two main destinations are then referred the Wuyi Mountains in Fujian and the Yellow Mountains ( Huangshan ) in Anhui, well known for its green teas region. All of its samples and the Chinese workers will join in 1850 plantations in Utar Pradesh.

Besides the success of his expeditions, Robert Fortune contibuera to the improvement of the culture of tea and tea manufacturing in a rapidly expanding British Empire . In 1856 the first tea plantation in Darjeeling saw his appearance … 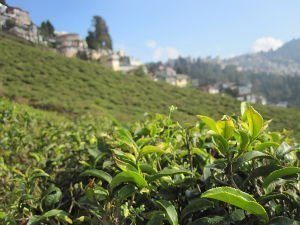 Between 1853 and 1862 he traveled again to China and Japan and will be responsible for the introduction of more than 120 species of plants in western botanical gardens. Mission more than successful for this servant of the Queen !