Accueil > Non classé > The arrival of tea in Europe

Macao is the first port of Europe is set in China. This city is a concession offered by China to the Portuguese to thank them for having chased the pirates that raged around Canton . It is from this region are shipped the first Chinese products to Europe in the 16th century , mainly tea , silk and porcelain . 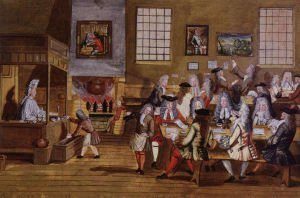 Development of China and European Empire

The mass import of Chinese products will really realize that from the 18th century , thanks to several factors: economic development of the Chinese countryside around agriculture , mass production of ceramics, demographic development of the Chinese population , improvement of European naval fleets , creating companies dedicated to trade of the European empires ( Dutch East India Company, East India Company ), contraband trade , intensification of the opium trade.

The United Kingdom , the largest importer of tea

The European tea trade takes its rise mainly in the UK, which imports large quantities from China before starting his own production of tea in India. In the 1750s , more than 18 000 tonnes are imported to Britain.