Caffeine from tea comprises from 2.5 to 5 % of a tea leaf . Scientists were first named theine until research proves that this molecule was indeed caffeine.

It acts primarily on the central nervous system and cardiovascular as a stimulant. Let’s see the most common questions around this molecule. 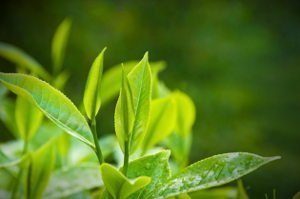 Green tea is not necessarily less than a caffeinated black tea. Oxidation slightly decreases the final caffeine content of the leaves.

What teas have less caffeine ?

Caffeine , like all components of a plant, is concentrated in the bud. Thus, a high tea buds , from a fine or imperial collection will contain , in theory, more caffeine than tea consisting mainly of large sheets (such as Oolong ) .

For the same type of tea , it is difficult to prioritize the caffeine content . The period and the year of harvest, the altitude of origin of tea , the manufacturing method will play on its composition.

Some people prefer to turn to caffeine -free plants such as rooibos teas or plants to avoid the stimulating effect of caffeine. 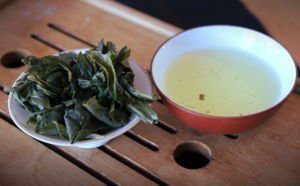 More tea is infused , the more it will have caffeine ?

Indeed , the greater the infusion will be, longer the caffeine is extracted from the sheet . However, the content of tannins and theanine also increase. Tannins bind to caffeine and prevent it from being released too quickly into the blood while theanine has a relaxing effect .

How to remove caffeine from tea ? With a rapid infusion ?

No, because caffeine does not instantly diffuse within seconds . According to some studies , only 9 % of the caffeine is extracted after 30 seconds, 50% after 3-4 minutes and 100% after 15 minutes.

We should throw the first infusion of tea after 3-4 minutes to remove a first half of caffeine. It is therefore wrong to think that all the caffeine is released from the first seconds.

Yes , 7 to 10 times more . While 100ml of black tea contains caffeine 20mg, 100ml of coffee include about 150mg . In addition, tea tannins bind to caffeine and prevent it from being released quickly into the blood. This is why the stimulating effect of tea is less bright but more durable.

Sources: CAFFEINE AND TEA: Myth and Reality, CAFFEINE IN TEA vs. STEEPING TIME